I have been in my current position for nine years. I submitted plenty of research proposals before I came to MSU, but I have now established a long-ish record of proposal writing and grantsmanship at one institution. I did a quick search through our proposal database and figured out that I submitted, either as PI or co-PI, at least 68 proposals between August 2006 and December 2014. That is an average of about 8.5 proposals per year. Here is a nifty graph of submitted proposals from 2006-2014 contrasted with the number of those proposals that were actually funded: 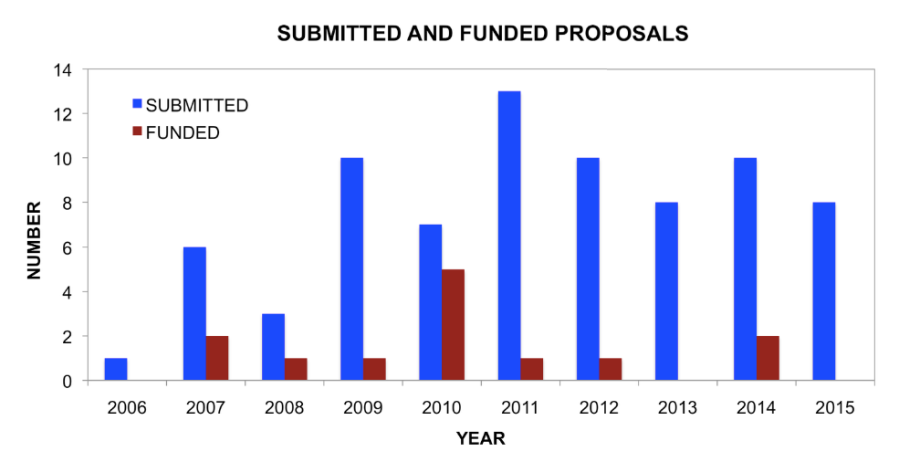 My colleague, Titus Brown, was nice enough to offer his proposal acceptance and funding rates to add to this conversation. Titus works at the intersection between bioscience and computer science. Between 2008 and 2014, Titus submitted 43 proposals. Of these, 11 were funded; that’s a 25% funding rate. Here is his nifty graph – looks similar to mine: